After spending a long time working with World Feeds getting their corporate brand perfect we moved on to their key brand Vitalis. Vitalis is a range of aquatic feeds which is aimed at expert amateur and domestic fishkeepers and professional aquarists. It is used at home or on a large scale in aquariums.

A lot of the Vitalis brand development work was geared towards packaging as this is where the brand is used and seen most. This meant that by the time we were ready to produce the actual packaging we had a pretty good idea of where it was going.

Vitalis is divided into products for coldwater, marine and tropical species, so we needed to differentiate clearly between the three areas, whilst also pulling them all together with the distinctive and consistent Vitalis brand. The base colour of the label (orange, blue or green) does this instantly. Each of the three product groups contains several products aimed at specific fish or aquatic species, which are illustrated with a large, bright, closeup photograph of the species and also a coloured dot. The dot serves a dual purpose on some products: for flakes it is simply a coloured dot, but for pellets the diameter of the pellet is shown inside it. The colour of the dot is carried through into product marketing material and datasheets.

The pot needed to work alone as some retailers would only sell one kind of product. It is also common for aquarium retailers and garden centres to have separate areas for cold water, marine and tropical fish which means the products could be displayed apart from each other. At the same time, smaller stores could have a “Vitalis” section with all of the products displayed together, so the pots also needed to look good when sat next to each other. The main brief was to make the packs look completely different to competitors offerings and elevate the Vitalis brand.

The solidly coloured and uncluttered labels set off by the deep black of the pot behind goes completely against the style of most other fish products, which tend to look amateurish and hobbyist. Vitalis positions itself as slightly more expensive than other brands but with scientifically proven advantages. The packaging needed to convey Vitalis’s scientific credentials but also a confident, attractive retail-friendly product which could appeal to any fish owner.

Food labelling is governed by several laws and the restrictions on the information and size of type are almost endless. With pet food, there are often more regulations than with human food. The challenge for us was to make the rear of the label as friendly and informative as possible whilst including all of the statutory information, recycling information, a space for the factory to stamp a batch number and a big ugly barcode…all whilst keeping the text at a legally readable size! Luckily we have a long experience in food packaging and just a top-up on the regulations was all that was required to make sure the labels passed the required tests.

As the full ingredients and amounts of each ingredient must be shown for this kind of food product, a typographical challenge ensued as some of them have some very long names. However we had already anticipated this during the brand development and chosen a font which had several variants, some of which were condensed but still very legible.

The final challenge was what’s known as “coning”. The pots the labels are on do not have straight sides (this is because they would be impossible to remove from the mould during production). The pot’s bottom diameter is approximately 1mm smaller than the top. Whilst this may not sound significant, if you were to produce a rectangular strip label which wrapped around the pot, by the time you had wrapped it all the way round, the edges wouldn’t line up. Imagine a screw thread on a bottle – the threads is at a slight angle and carries on up the bottle, never meeting its opposite end as it makes a full circuit.

The way to combat this is partly maths (you use the top and bottom diameter and the angle that’s created by the difference between them by the height), a bit of trial an error (making mockups) and experience. The end result is that whilst appearing to be a rectangular strip which wraps round the pot, each label is actually a kind of rainbow shape with angles ends. When making the artwork it’s necessary to warp and skew the contents of the label to match the curve and angles and the nearer the ends of the label you are, the more distortion you have to add to compensate for the shape change when it gets into three dimensions on the pot.

Again, experience in packaging and 3D design ensured these potential nightmares were was taken into account from the beginning and part of the reason the labels look like they do is because we designed them to be easy to edit, even when the lines of text aren’t straight.

Once the packs went into production, a pot from every range was delivered back to us where the task of photographing them all for the website began…

The story didn’t end with the production of the packs – we then had to get Spanish, Dutch, German, French, Italian, Portuguese and Turkish translations of all of the label copy and make full sets for each language. Our choice of font once again saved us as some languages seem to use much longer words and need far more space than others to say the same thing (dich ansehen, Deutschland!). 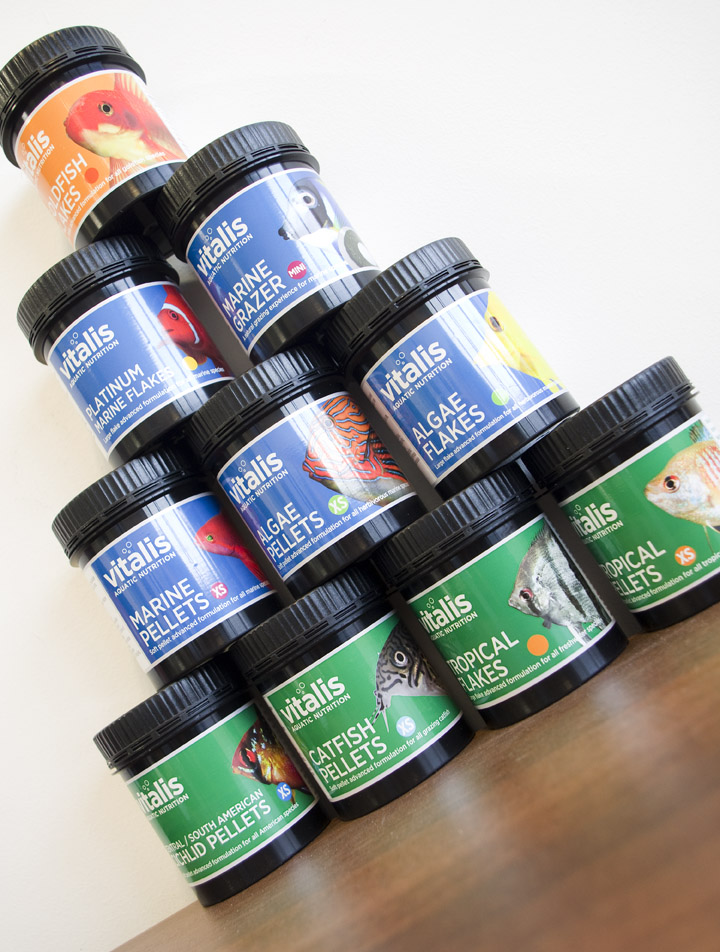 In all we designed and produced artwork for over 700 labels over the course of three months…and Andy’s goldfish got pretty fat on all the free samples.